As an IT instructor who’s taught tens of thousands of students over the years, I often find that my students are looking to specialize in a specific IT area, which is good, and then again, it isn’t. Let me explain.

We Don’t Operate in a Vacuum

Whether you choose to specialize in network administration, cloud computing, Cybersecurity, systems administration, IT project management, enterprise architecture (EA), applications development, or one of the many other IT specialties, you’ll find that your role often doesn’t operate in a vacuum. For example, a network engineer typically needs to also understand IT project management, EA fundamentals, and many other aspects of IT.

You’ll often find that many IT jobs require you to be the singular IT person who performs just about all of the IT functions for a business or department, where you’re the go-to person for all of a business’s IT needs, i.e., an organization’s IT swiss army knife. This is most common in small-to-medium-sized businesses, but you’ll also find it in larger organizations as well. I’ll give you a couple of examples.

My first true IT job was working for a very small Internet Service Provider (ISP) and web hosting company that also provided contract-based desktop support. We supported a biotech company in the same business park with around 100 employees. They had one IT person named Butch that they dubbed their IT manager, and us, which was me. Between Butch and I, we were responsible for everything, from their network and PBX phones to their servers. We were true IT jack of all trades because we had to be.

Another example is when I worked for the Psychology department at U.C. Davis, right after graduating with my Bachelor’s degree. I was hired on to provide IT support but ended up being tasked with doing just about everything. We were a team of three, and we were responsible for the entire department, which included the faculty, business staff, and students. The department spanned a three-story building and a couple of annex buildings, including lecture classrooms and teaching labs, business staff offices, faculty offices and research labs, and graduate student offices. It was quite large. The university managed the backbone network, but everything else was our responsibility. I provided desktop support, network support, Active Directory Systems administration, database administration, web application development, file server administration, IT hardware procurement, and many other roles over the years working there…with the title of a lowly IT specialist earning less than $40,000 per a year.

The Morale of the Story 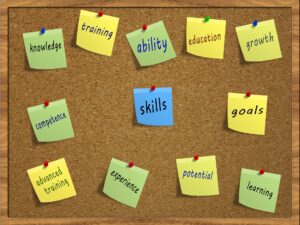 You really do need to be a jack of all trades in the world of IT. Sometimes you’ll be required to do just about everything for an organization, and other times, you’ll need various skillsets for when the need arises from time to time. And your goal is to be prepared when that need arises.

So, as you learn IT, always remember to be well-rounded and don’t pigeonhole yourself into just one specialty by not complementing it with other IT skillsets. The best and most successful people in IT are very well-rounding in what they know and can do. Furthermore, a varied skillset also makes you more marketable than other potential candidates.

A Parting Exercise for You

I highly encourage you to use Indeed.com or a similar job posting site as a means to learn what prospective employers are looking for. If you want to work in Cybersecurity, search for Cybersecurity jobs, browse the job posting, and make a list of the desired qualifications. In all honesty, this is the best way to identify what you need to know to get hired because it’s what the HR department and hiring manager are looking for.

How useful was this article?

No votes so far! Be the first to rate this article.

Wonderful info. I have been reading multiple articles online (mostly from people with less field experience) that have mentioned the so-called downfalls of being a jack-of-all-trades. For months, I have been struggling with my learning habits of jumping around from one skill-set to the next. I felt like I was doing the wrong thing to get into the IT field, but I couldn’t help the varied desires I would get to learn the most interesting topics (one after the next). I even put a Leave request for college last week to battle this awful feeling of failing at my future in IT because I didn’t want to stick to one area of expertise. Of course, I believe I will have an area of expertise, as all people should probably have, but I want to learn it all! I want to understand how everything works, why it doesn’t work, and how it communicates with its surroundings. Who could be wrong for wanting that!?
Either way- this article has helped me realize that it is okay to be a jack-of-all-trades and could be a strong point in areas of IT!
Thank you, Instructor Alton!
BTW- Your Udemy course -Intro to Networking for Non-techies is the bomb! >who can tell me the last time you heard this expression?!
Have a beautiful tech-filled day!

Hi Amber, as always, thanks for the kind words. Per my response to you on Udemy, you really do need to be a jack of all trades to some extent to be successful in most areas in IT. There’s always a need for overlapping skillsets regardless of your specialty. One thing I forgot to mention is that since you put your bachelor’s work on hold, look for an IT program that has a blend of IT and business curriculum. The lines between IT and business have blurred over the years, and IT is now a strategic driver of IT, so if you strive to move into IT management you’ll need both a technical and business mindset.

Great! I will look more into what my options are. Thanks!